I have had arthritis in my right knee for many months possibly since 2016.  I could not get my knee comfortable in bed or in a vehicle, even sitting in a chair.  I walked up and down steps by putting my left foot down, then the right foot on the same step, a tedious procedure.  It hurt more to bend tying shoe laces, etc.  I could not put it on the lower rung of the kitchen bar stool.  The knee was constantly painful even just walking in the grocery store I had to stop and rest periodically.  Of course I know at my age (77), I can expect these things but I don't want to!

In August 2017, Evangelist Isaac Prather was at the House of Prayer in Wolfe Co., Kentucky, conducting a revival.  On Sunday evening, the first night, I got in the prayer line. Brother Isaac prayed for the healing of my right knee.  I'm not even sure if he was holding my shoulders of my head, but as he was praying for the arthritis to leave, it was the strangest feeling: It felt as though the arthritis was like air just flowing out of my knee from the inside of my knew out of it on the right.  I can't describe it any better than that but I could see it in my mind!

He told me to take a few steps and I did and did not feel the pain.  I went back to my seat and kept flexing and bending, and the pain was gone!  I praise and thank the Lord for the healing.  And I am so thankful that Brother Isaac came to revival. 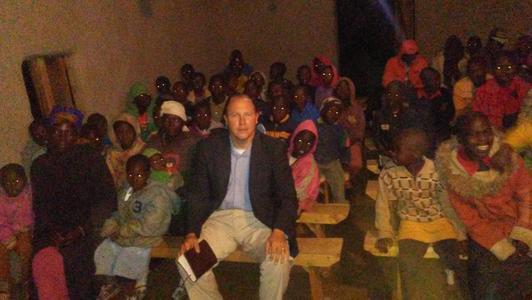 Through Many divine encounters, the Lord called Brother Isaac Prather to an end-time, miracle and healing ministry, to bring help, and hope, and healing to believing souls everywhere.  As He and His wife Jessica have traveled preaching the gospel and teaching God's Word, they have witnessed many amazing miracles of healing, deliverance, and financial blessing, as the Holy Spirit has been made manifest, and Jesus has been glorified! 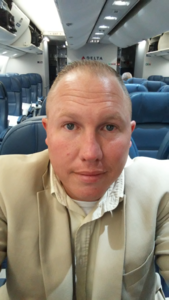 Pastor Isaac on the plane to go preach the gospel to very hostile North India, where many preachers and Christians die every year for the wonderful name of Jesus!

Here is Brother Isaac in a small village in Kenya.  Many souls were saved on this trip, and Jesus did many wonderful miracles!

Here is Pastor Isaac with his very special friend, Pastor Joseph Chumba.  Brother Isaac thinks very highly of him, and believes that God has brought them together to win literally thousands of souls into the kingdom of God!  These are truly amazing end-time days when the harvest is ready, and we must bring it in so that it doesn't rot in the field!

Here is the evangelist with his dear friend, Pastor Prakash, in North India. This brother has to be very careful, for there are many who would love to kill him because of the great work he is doing for the Lord!  His brother, also a pastor, was severally beaten(almost to death) for winning souls to Christ, and then ran over on purpose for refusing to hide his light under a bushel.  The Church in North India desperately needs our prayers.  Many souls are being washed in the blood of Jesus and many are being healed, and so the devil is angry!  Jesus is coming very soon, and we must work while we can! 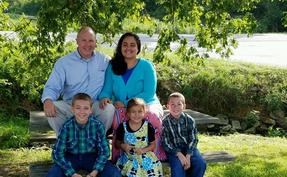 My name is Vicki Stevens, just a vessel trying to bring honor to our Lord and Savior, Jesus Christ and help others find Him on our journey here on earth. This is my testimony of how my Lord had compassion on me and wondrously healed me in August of 2017.
I developed fibromyalgia in 2013 and it steadily grew worse and made my back problems much worse.  It had gotten so bad it was all I could do to get out of bed every day.  I would get up and try to decide how much medicine I needed to take in order to be able to move. Every muscle in my body hurt. When you rubbed my skin, it felt like fire.  When I walked, it felt like I was walking through deep sand. My memory was so affected that if I cooked I would have to set the timer on the stove because I continuously forgot and set off the smoke detectors. The specialists told me I had stage 5 fibromyalgia, as well as three discs out in my neck and 5 in my lower back. In studying my condition, I found that the number one cause of death was not the fibromyalgia, but was either suicide because you just could not handle the pain and fatigue that never left or heart failure from stress and pain meds.  I would hide in the bathroom and just sit and cry until I could put on that brave face I pretended to have. God gave me the mental strength to endure this valley.  I gained much knowledge and empathy toward the sick and suffering.
BUT GOD sent Pastor Isaac Prather to our church for a revival in mid August of 2017. He called one night for anyone who needed healing to come forward.  I came forward for prayer. I raised my hands for prayer and as he prayed over me, Bro. Prather asked the church to lift their voices in praise. You see God inhabits the praise of His people. God was in the midst. Now there was not a visual mighty move of God, just a sweet Spirit as the Lord moved through Bro. Prather.  I woke the next morning and grabbed a pill first thing, as usual.  I realized by church time I had not taken any more medicine and I never took any more.  God came by and completely healed me. I am like a completely new woman.  People who know me, cannot get over the difference. God gave me my life back. On August 14, my birthday, I had taken my last pill.  It is over two months later, as I write this, and I have not even taken a Tylenol. God is truly a mighty God. You see there is no known cure for fibromyalgia and the doctors said there was no surgery that would heal my back and neck, that they would only get worse.  But the Great Physician came by and completely healed me. We truly serve a Mighty God!
So, if you need healing, my encouragement to you would be when that healing virtue comes by, just reach out and grab it. It is there for you. Jesus bore the price for our healing with his stripes, so it is free for all who will believe. Always show love and obey the Lord and He will more than meet your needs. We serve an awesome God!

I thank God for healing me of a 20 pound test fishing line in my stomach.  I was prayed for a couple of sundays ago--I praise God it hasn't affected me since.  I praise God for the healing of my problem.  I've had that line in there since 1972.  (Editor's note: The lady who gave this testimony testified to Brother Isaac that this terrible situation resulted from a drunk doctor (who was planning on going fishing later that day) doing an operation on her, and using the fishing line to tie up the internal incisions.  This was not the only patient of his who experienced such atrocious events at his hands.  Before this miracle, she had already had numerous surgeries to remove fishing line inside of her. But the piece that was causing her so much pain was not able to be removed due to it being so deep in her stomach.  But God was able to reach farther down than any doctor could, and without even cutting her open again, remove it instantly and painlessly.  It is better to trust God than men!  Praise God for His mighty power!  Nothing is impossible to him that believes!) The fishing line (and the intense pain) disappeared instantly after 45 years!) JESUS IS SO WONDERFUL! 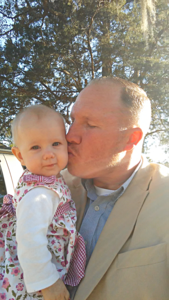 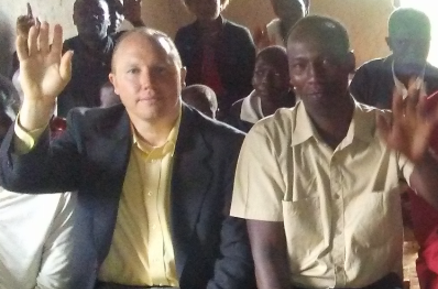 Here is Brother Isaac preaching in a small (and one of the much nicer churches)in North India with the help of an interpreter.  Many of the people have been converted from Hinduism and Sikhism!  They are truly in love with their wonderful savior Jesus Christ, who has come to seek and to save that which was lost! Some wonderful healings and salvations took place in this very church, such as a large growth that disappeared when Brother Isaac ministered to her.  Also a man who had not been able to use his arm in about 20 years suddenly was able to move it and use it in a beautiful fashion!  A woman's back was healed, and her husband (a worldly man) requested to come and meet Pastor Isaac and to receive prayer. He also confessed to receiving healing and said that he was going to begin to attend church with his wife.

The True Church is built upon miracles, signs, wonders, and HOLINESS! 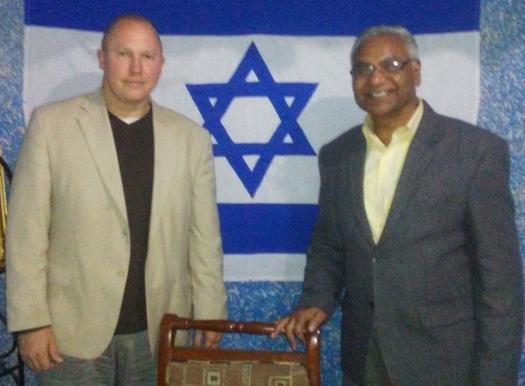 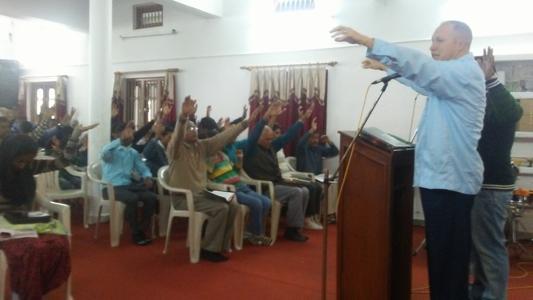 BACK HEALED AFTER 20 YEARS

I had a bad back and I was on pain medication (morphine) for over 20 years.  Brother Isaac prayed for me and the Lord healed it.  (Editor's note--This was an instant miracle through a simple prayer of faith, and anointing with oil in the name of Jesus Christ.  It took place well over a year before the testimony was written and given to Brother Isaac.  The miracle remains sure an true. It took place at Manna Mission in Sopchoppy, Florida.)